Who was Dominik Hasek

One of the all-time best goalies in the NHL is Dominik Hasek. We’re going to tell you five awesome facts about him that you might not know. Not only is he a great player, but he’s also a great person. With that said, let’s dive right in.

1. He Retired as the Oldest Goalie in the NHL

He retired at age 43 and was the oldest active goalie at that time. 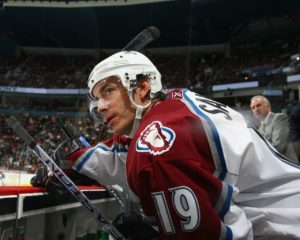 If you know about hockey, then you know that Tie Domi was one of the NHL’s biggest enforcers. He was in a lot of great fights, but we’ve narrowed it down to five of his best for the purpose of this article. Each of these people is one of his rivals and he’s had multiple fights with each of them. Best NHL goalies of all times

With so many great goalies over the years, it’s hard to pinpoint who the best is. Goalies are one of the most important jobs in the NHL and we’ve narrowed our list down to the top five of all time. Not only did we look at career length and Stanley cup wins, Best NHL fighters of all time

Hockey & sports betting lovers everywhere will tell you how much they love a good fight. In fact, this is one of the best parts of a hockey game, especially if you’re sitting right next to the ice. We’ve put together a list of five of the best NHL fighters of all time.